THE BUZZ: California dealt back-to-back blows to the tech industry this week with a pair of bills meant to curb the harmful effects of social media.

If things go according to supporters’ plans, the new policies could ripple out to cause similar restrictions in other states.

On Tuesday, the governor also signed a separate bill on content moderation, which came in response to the Jan. 6 Capitol riot, and will require social media companies to publish their policies and report to the state data on their enforcement actions against users.

In signing AB 2273, Newsom, a father of four, noted he’s familiar with the issues young people are facing online, saying, “we’re taking aggressive action in California to protect the health and wellbeing of our kids.” In addition to the bill’s authors, he also offered an unexpected compliment to the tech industry, for “pushing these protections and putting the wellbeing of our kids first.”

We say the compliment was unexpected because, for the large part, the legislation was consistently fought by tech giants. Opponents included TechNet, a coalition of dozens of tech companies from Amazon to Zoom. That group, along with the California Chamber of Commerce, Entertainment Software Association, and California Manufacturers & Technology Association, complained that the bill contained a “great deal of subjectivity.”

Industry lobbyists also tried, unsuccessfully, to add some limiting amendments to the bill, like one that would have excluded older teens from the new law. While the 18-year-old age cap made it into the bill’s final form, companies will have a 90-day buffer to make fixes before being fined.

The governor, who has close ties to the tech world, didn’t offer much indication prior to the signing about whether he’d support the bill. Then House Speaker Nancy Pelosi’s supported the bill. Earlier this month, Pelosi signaled her support as she called for changes to a federal data privacy bill to make sure it wouldn’t undercut the state’s laws.

“States must be allowed to address rapid changes in technology,” she said in her statement.

Wicks and Cunningham celebrated the bill’s signing, saying it will now force Silicon Valley companies to design their products in the best interests of children. But digital rights group Fight for the Future slammed both pieces of legislation on Thursday, saying they will “threaten human rights and free expression online.”

“Requiring age verification also makes it nearly impossible to use online services anonymously, which threatens freedom of expression, particularly for marginalized communities, human rights activists, whistleblowers, and journalists,” the group said of AB 2273. “It’s immoral and dangerous for lawmakers to continue using children as pawns to advance poorly-drafted legislation that does more harm than good.”

BUENOS DÍAS, good Friday morning. The Mosquito Fire burning in El Dorado and Placer Counties has reached more than 64,000 acres, making it the largest wildfire of 2022. As of last night, the blaze was 20 percent contained.

QUOTE OF THE DAY: “It is very interesting to see Governor Newsom’s 2024 primary campaign extend to Mississippi. But we do suspect that most Mississippians will not be interested in what he is selling.” Cory Custer, deputy chief of staff for external affairs for Gov. Tate Reeves of Mississippi, one of seven states where Newsom deployed abortion rights billboards on Thursday.

We have always had wildfires, but as California gets hotter and drier, the fires are getting worse. Prop 30 is the solution we need to prevent catastrophic wildfires and polluted air throughout the state. It provides more state firefighters and firefighting equipment to stop fires before they grow, better forest management to reduce dry fuels, and increased protective space around our homes. Prop 30: the solution we need to prevent wildfires and clean our air.

— “Legal pot spawned a wave of corruption, threats and secret financial deals for politicians,” by the Los Angeles Times’ Adam Elmahrek, Robert J. Lopez and Ruben Vives: “Lobbyists, pot entrepreneurs and public officials say bribery and shakedowns have become so commonplace in cannabis licensing that it feels like a normal part of doing business.”

FILE THIS UNDER ‘SUB ZERO INTEREST’ — Gavin Newsom promotes California as abortion sanctuary on red-state billboards, by POLITICO’s Lara Korte: Newsom’s campaign mentions a new California website intended to help people, including from out of state, obtain an abortion. The billboards also feature striking images of a woman in handcuffs, calling attention to both the states’ newly-enacted laws and one of the most vocal Democrats opposing them.

KARL’S CLIMATE FUTURE — “The Elusive Future of San Francisco’s Fog,” by The New York Times’ John Branch: “Every summer, fog breathes life into the Bay Area. But people who pay attention to its finer points, from scientists to sailors, city residents to real estate agents, gardeners to bridge painters, debate whether there is less fog than there used to be, as both science and general sentiment suggest.”

— “California’s Prop. 31 would ban flavored tobacco products. What to know,” by the Sacramento Bee’s Andrew Sheeler: “It penalizes retailers who sell flavored products such as menthol cigarettes or fruit-flavored cigarillos by fining them $250 for each violation. The law carves out several exemptions, including hookah, pipe and loose-leaf tobacco and high-dollar cigars.

— “4 Truths and 4 Lies: What the Latest Census Data Says About Perceptions of San Francisco,” by the San Francisco Standard’s Liz Lindqwister: “The common pandemic-era refrain about San Francisco has been that it lost a significant portion of its population in 2020 and 2021. ACS data already proved that point.”

WHO WANTS HOUSING — “Not just YIMBYs vs. NIMBYs: Chronicle poll breaks down S.F. housing attitudes by class, race and age,” by the San Francisco Chronicle’s Lauren Hepler: “According to the SFNext poll, an in-depth survey of San Francisco residents and the issues most important to them, the details vary based on age, race, income and whether someone already owns a home here.”

LESSONS LEARNED — “With monkeypox, California colleges seek to control spread of two diseases at once,” by CalMatters’ Mallika Seshadri: “California colleges are applying lessons learned from COVID-19 as they attempt to keep monkeypox from spreading on campuses. Experts say the disease poses a lower health risk than COVID but could keep students from their studies for longer periods.”

— “How one Bay Area county sparked a movement to ban new gas stations across California,” by the San Francisco Chronicle’s Dustin Gardiner: “The idea was born almost two years ago, when activists rallied to oppose plans to build a pair of mega gas stations in different parts of the county.”

— “California, tribal leaders announce new tourism initiative,” by The Associated Press’ Sophie Austin: “The initiative, Visit Native California, and its accompanying website are funded by a $1 million grant from the American Rescue Plan Act, which targets public health and economic impacts of the pandemic and was signed into law by President Joe Biden last year.”

CIRCULAR SUPPORT — “Kaiser patients felt trapped in a ‘circle of horror:’ How they fought for mental health care,” by the Sacramento Bee’s Cathie Anderson: “The strike by 2,000 mental health providers at Kaiser provoked a crisis for [Nam] Nguyen, but she and several other patients said they’ve long faced obstacles accessing mental health treatment through the giant network.”

— “Bay Area man found guilty of threatening Sen. Scott Wiener over vaccines,” by the San Francisco Chronicle’s Megan Cassidy: “The threat appeared to be a reference to a bill that Wiener had introduced days earlier, which would have allowed minors who were at least 15 years old to seek vaccines and other medical care without their parents’ consent.” 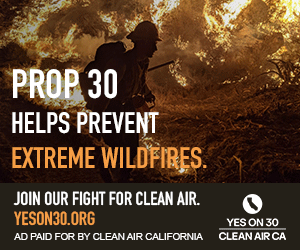 — Pelosi going to Armenia amid renewed clashes with Azerbaijan, by POLITICO’s Alexander Ward: With the midterms approaching — and the possibility that she will lose the gavel if Republicans return to the majority — the belief in Washington is that Pelosi wants to cement her legacy as a champion of human rights, not only in the United States but around the world.

— White House says Republican governors shipping migrants to other states is ‘reckless,’ ‘shameful’, by POLITICO’s Kelly Hooper: “The political tactic is being increasingly deployed by Republican governors with high influxes of undocumented immigrants to draw attention to what they consider failed immigration policies from the Biden administration.”

— “Hacker claims to breach Uber, security researcher says,” by The Associated Press’ Frank Bajak: “There was no indication that Uber’s fleet of vehicles or its operation was in any way affected.”

— “‘Rainbow fentanyl’ was just found in the Bay Area. What is it and why are experts alarmed?” by the San Francisco Chronicle’s Sarah Ravani.

— “They wanted their drought-tolerant yard to spark conversations. But not on Nextdoor,” by the Los Angeles Times’ Lisa Boone.

We have always had wildfires, but as California gets hotter and drier, the fires are getting worse. The smoke from wildfires combined with pollution from tailpipe emissions has resulted in our state having the worst air quality in the country. Prop 30 is the solution we need. It was drafted by climate experts to address the problems at the source, by reducing tailpipe emissions that cause pollution, and preventing the wildfires that create toxic smoke. It will provide better forest management to reduce dry fuels and more state firefighters and equipment, to contain fires before they grow. Prop 30 will help clean the air we all breathe.

That’s why environmental groups, state firefighters, public health groups, consumer advocates and climate experts are supporting Prop 30 — the Clean Air Act. Join us and be a part of the solution. Learn more at www.Yeson30.org.

CALIFORNIA POLICY IS ALWAYS CHANGING: Know your next move. From Sacramento to Silicon Valley, POLITICO California Pro provides policy professionals with the in-depth reporting and tools they need to get ahead of policy trends and political developments shaping the Golden State. To learn more about the exclusive insight and analysis this subscriber-only service offers, click here.

Want to make an impact? POLITICO California has a variety of solutions available for partners looking to reach and activate the most influential people in the Golden State. Have a petition you want signed? A cause you’re promoting? Seeking to increase brand awareness amongst this key audience? Share your message with our influential readers to foster engagement and drive action. Contact Jesse Shapiro to find out how: [email protected]